Remember the uncle in your childhood who used to ask you every time they were home “What do you want to become in future?” Everyone will have memory of at least of one such person and you would get that wicked smile on your face remembering him. Most of the time expectations were that you will follow your parent’s footsteps. If your parents are doctor you will aspire to be a doctor or engineer or lawyers and so forth. Things have changed over the time with so many new avenues open for the children to venture into. They are no more restricted to academics to excel in. Even for that matter the word “Extra Curricular” a decade ago has changed to “Co-Curricular”. Activities like dance, music, sports, debates etc are right at par with academics.

A child’s personality is affected by Nature and Nurture. Nature is something that he or she is born with and most of the times it can be changed only to an extent but not completely. Nurture means upbringing of the child which is affected by the environment that child sees at home. Nurturing has a bigger impact on child than nature. Another factor is fear ! As per Dr Nidhi Saxena Child Psychologist in Jaipur, “Fear is something that is there in us from the time we are born. Fear can be of anything, fear of loneliness, fear of height or acrophobia or fear of failure. Fear of failure is not natural, it comes from nurturing. We don’t even realize but the way we speak to child’s sibling or relatives slowly adds pressure on the child to perform, Perform and PERFORM.” Mostly the reward that we promise to our children is on success or achieving something and when it is not achieved then the fear of failure starts setting in. A failure should always be defined to the child as stepping stone or ladder to success rather than increasing it by putting peer or social pressure on her/him.

There is no doubt that we have moved ahead in time and have become more liberal in letting our wards chose their area of excellence. But we still want them to be “Successful” Tải game 777 viên ngọc rồngin whatever they opt for. That pressure of excelling and being right at the top is still there and it has only increased. I get shiver down my spine when I see the cut-offs of Delhi University. The admission starts at 99% and ends at 98%. Is this really what we want our children to run for? Even if we have agreed to our child’s aspiration of becoming a singer, we want her/him to be Shreya Ghoshal or Sonu Nigam….the pressure is always there, direct or indirect.

A coin has two sides similarly every work has two outcomes, success and failure. We have motivated our children to be successful but how many of us have sat with our kids and told them that “efforts are important not the result”. Beta be truthful towards your efforts and even if you don’t succeed we will be standing next to you to praise you for your efforts!! Put a hand to your heart and ask this question, most of you will get NO as the answer. We read about kids committing suicide just because they got 96% and not 98% or they were not selected in a trial. We feel sad and blame them for acting foolishly but think who has put them under so much pressure of expectations that they were forced to take such a big step? If someone would have sat with them and told “It’s OK even if you get lower percentage we will be there and we are sure you will do something in life” probably, many of those ill fated events could have been averted.

I am actually a very big fan of Bollywood whether it’s about songs or movies. One of the best movies where parents have tried explaining their child about accepting failure in life is “Chhichhore”, a must watch for every parent and child. The beautiful message of accepting the failure in such a calm manner even after giving more than 100% is so very well delivered in the movie. The best part is the appreciation that the hero gets for his efforts even after failing is worth a message to remember. Another classic one is the movie 3 Idiots. No I am not talking about brilliant Amir Khan in the film but about Sharman Joshi and R Madhwan who were the last ranked students in the college. Sharman Joshi was under pressure of nurturing wherein he had seen so many struggles that his family went through. R Madhwan was fighting against his nature which was art and was also under stress of peer pressure through his father. At the end of the day both of them made their way to a successful career of their choices as soon as they were relieved of pressure of expectations. One lesson that every parent needs to give to their child to make them worry less about the results and focus more on efforts is that you cannot beg, borrow or steal rewards, awards and appreciation, you can only command them with your sincere efforts. If your efforts are true then everything else will fall in place.

Tải game 777 viên ngọc rồngFollowing the footsteps of sports team lot of schools have also started hiring child psychologists. The main purpose is to relieve them of any stress that may be due to studies or peer pressure. But parents need to understand that these child psychologists can help your child to only a certain extent. But the nurturing that they have got is like a permanent writing on the board, very difficult to change. Every child is unique in his or her own way and it is the responsibility of parents as well as teachers to recognize that unique quality. Children are like rainbow, the seven different colors of rainbow. Every child has its own color and wavelengths. Let them live free, away from pressure and that is when they will shine the brightest. 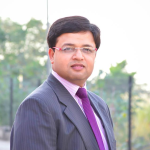 Tải game 777 viên ngọc rồngAnurag Srivastava has more than 15 years of Healthcare Experience both in Executive as well as Consultive Capacities. He has handled all the segments of Healthcare which includes Planning, Operations, Branding, Marketing, Purchase, HR and Finance

Meditation is the Key to Good Health