Tải game 777 viên ngọc rồngRecently Dr Deven Dutta, a 73 old doctor lost his life in the tea gardens of Assam due to mob violence. His fault was that he had gone home to have lunch when the patient arrived..This is not the first instance of mob violence against doctors and not the last one. After each incident the Indian Medical Association announces a strike, the government then swings into action and arrests some people. Rest of the medical fraternity express their angst on whatsapp and facebook for a little while and then go back to their favourite pastime of India-Pakistan, Hindu-Muslim, Modi-Others debates and conveniently forget the incident till the next attack jolts them from their slumber and the story repeats. I am in favour of strike by doctors because that atleast highlights the incident in some sections of the media as the majority of the media is too busy in fighting nuclear war with Pakistan. In such a scenario where millions can die in war, what is the value of the life of a single doctor for this section of the media. So the doctor fraternity will have to fight their own battle and save their own life before they can proclaim to save the lives of others.

Tải game 777 viên ngọc rồngSo what should the doctors do to reduce the anger of the public against the medical fraternity. One of the biggest cause of anger is the money charged in the private sector for the medical services. Media has a vested interest in demonizing the healthcare industry because it is the soft target as compared to the top corporates who also charge hefty fee for their services in their respective industries. So no media would have the balls to question a Mukesh Ambani run Jio or an Indigo Airlines as they are big ad spenders for this media. Healthcare can never spend the same kind of money in the mainstream media and therefore they will remain easy targets.

Tải game 777 viên ngọc rồngI have been working with the doctors for the last 20 years and have seen a change in the behaviour of the doctors with the patients. The doctors these days are quite angry over a host of issues and this anger invariably slips out during their conversation with the patients. Anger about mob violence, google knowledge of patients, media bashing of healthcare, NMC act, clinical establishment act, various governmental approvals, high cost of medical education, unnecessary testing, commission in tests and medicines, cost of treatment etc. Some acerbic comments are always present in the OPD communication with the patient. Almost all of these comments are not only unnecessary but also dangerous. First thing is that this patient is probably not responsible for any of these things and secondly the patient makes a mental note of the taunts that you have made. The moment there are adverse outcomes in the process of providing treatment, the simmering anger in the patient’s attendants spills over and the doctor becomes the target of this anger. Loose Cannon has no place in healthcare communications.

In their attempt to retain a patient many doctors and hospitals give false hopes to the patient’s attendants about the outcome of the treatment and when the things go wrong the attendants either become violent or file a case of medical negligence. Both the things are really troublesome for the healthcare facility and the doctor to handle. In emergency cases the communication with the patient’s attendants should be very clear and guarded rather than optimistic. Let the attendants take a call to shift the patient to another facility as it is better to be `Safe’ than `Sorry’. No person should be termed as normal as long as they are within the hospital premises. If the person was normal then he or she should have been at home. Every case must be treated as a life threatening thing not for getting more money from the patient’s family but to safeguard your own interests. Many hospitals and doctors term the condition of the patient serious to only get more money rather than to protect themselves in an adverse outcome.

Tải game 777 viên ngọc rồngAnother major reason for the patient’s anger is the lack of co-ordination amongst the care givers. I have personally seen so many doctors shouting on the nursing staff for their lack of training, cursing the hospital management for the lack of facilities in front of the patient’s attendants in times of emergency. This is all seen by the patient’s attendants and they make their opinions about the entire thing. When something goes wrong they will not spare the doctor who was trying to protect his skin by blaming all others. The doctors will have to understand that communication is the key. If you find something wrong what purpose will it serve to shout in the middle of an emergency and in front of the patient’s attendants. The medical courses should have alteast one subject on interpersonal behaviour for the doctors to handle the changed scenario in the society. The doctors need to understand that the patient is not responsible for their ills and getting irritated on the patient will serve no purpose. More Dr Duttas will be sacrificed on the alter of the patient’s anger and more strikes, more social media frustration will come but nothing will change.

Tải game 777 viên ngọc rồngAnother important step which the medical fraternity will have to take is to change the mindset of the patients which is continuously being poisoned by the media and the government. The healthcare industry will have to put forward their side of the story and justify the cost of the treatment. When setting up a 100 bedded hospital costs in excess of Rs. 50-70 crores and every specialist doctor costs Rs. 1.5-3 lacs, radiologist costs Rs. 4-5 lacs, nursing staff costs Rs. 15-30 thousand per month then what should be the cost of consultation, cost of room, cost of surgery. Healthcare must make use of the social media to create awareness about the justification of the costs for healthcare services. So if a healthcare facility has installed Robot for a particular type of surgery and needs to charge Rs. 50000 per surgery to recover the cost, then the cost aspect must be highlighted appropriately and the solutions must be offered only to those who really appreciate the technology. It is your battle and you will have to fight it. If right lessons are learnt after this incident then Dr. Dutta’s sacrifice will not go in vain. 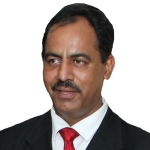